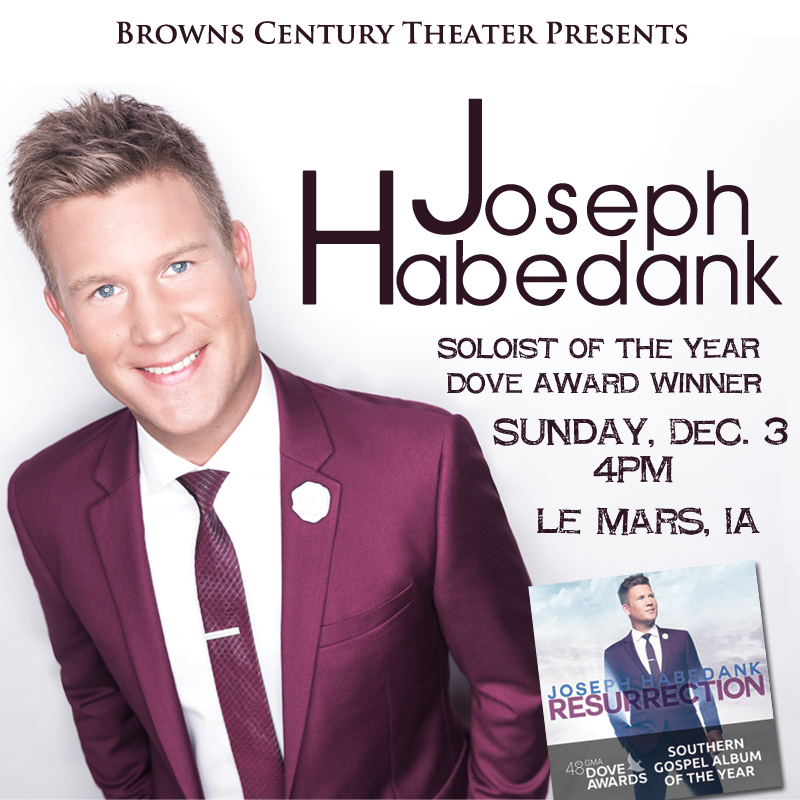 Joseph Habedank in Concert at The Browns Century Theater

Daywind recording artist Joseph Habedank is the 2017 Soloist of The Year and won his first Dove Award for Southern Gospel Album of the Year. Joseph has a unique and equally powerful testimony that has been featured on FoxNews.com’s Spirited Debate, TBN’s Praise the Lord, and in such publications as Billboard Magazine, CCM Magazine, and Glenn Beck’s The Blaze. For ten years, he sang for one of Southern Gospel’s favorite family groups, the Perrys, and shared his songs in some of America’s greatest churches, including the Brooklyn Tabernacle and Charles Stanley’s First Baptist Atlanta. His songs have been recorded by such artists as: Reba McEntire (“Sing It Now”), The Browns, Brian Free & Assurance, Karen Peck & New River, The Hoppers, Ivan Parker, Jeff & Sheri Easter, and many more. Joseph currently resides in Nashville, TN with his wife, Lindsay.