It is Well – Musical Drama 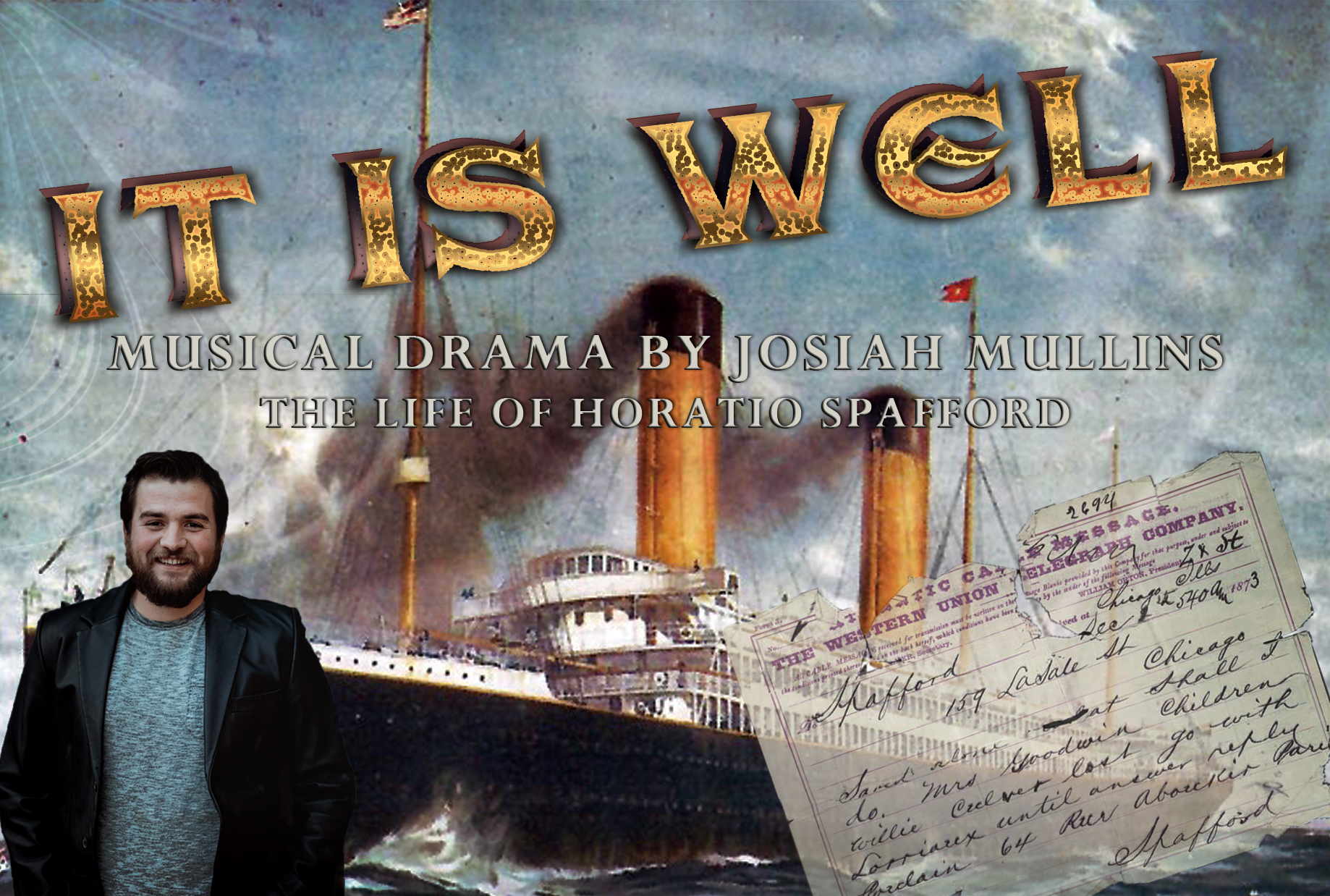 “It Is Well” is a one man musical which tells the life of Horatio Spafford, the man who wrote the well known hymn, “It is Well With My Soul”. Horatio Spafford was a successful lawyer in Chicago who experienced extreme loss as the Great Chicago Fire of 1871 roared through Chicago, taking all his investments with it. After two years of hard work, his business flourished once more and he sent his family on a vacation. Unfortunately tragedy struck again when his three daughters were lost at sea when the ship sank. In the midst of despair and hopelessness, Horatio found his strength in the Lord and penned one of the most encouraging hymns ever written. Through hymns and drama, Horatio’s story will be brought to life on stage by Josiah Mullins. After seeing this production, we hope you are able to say, “It Is Well With My Soul.”

Playing on select dates in October at The Browns Century Theater in Le Mars, IA the Ice Cream Capital of the World.